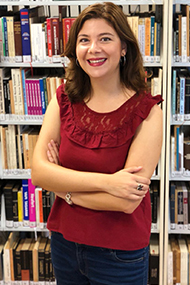 Ayşegül Akdemir graduated from Boğaziçi University Sociology Department in 2009 and received her MA degree in Conflict Studies from Augsburg University, Germany, in 2011 with her dissertation titled Feminist Critique of Mediation. Her PhD thesis which she completed in 2016 at the University of Essex Sociology Department focused on Alevi community in Britain and their transnational identity building. She conducted post doctoral research on Women’s Empowerment in Alevi Organisations in Istanbul, funded by Koç University Gender Studies Centre (KoçKam). Currently she is working on how call centre workers’ emotional labour experience is affected by gender. She has published articles in national and international books and journals on identity, international migration, gender and emotional labour. She speaks English and German. 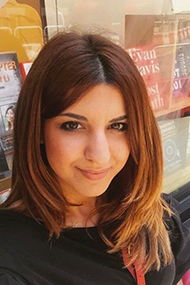 Gulfer Ulas is a PhD Candidate of International Relations at Kadir Has University and a former Visiting PhD Researcher at the London School of Economics. Her current research focuses on female radicalisation and their engagements in terrorist organisations. During her undergraduate years, she took courses “IR theory” and “Managing International Conflicts” at King’s College London University in 2011, and have studied over “Women in Conflict” and “The EU and the Crisis Management” subjects. Subsequently, she worked as an intern at the Turkish Ministry of Foreign Affairs for the Centre for Strategic Research, where she attended extensive course series. Alongside her research interests, she attended various programmes across Europe including the European Council, ECFR London, Department for International Development, MSF, Commonwealth Secretariat, and the UK Parliament. Whilst searching her MA thesis, she has been intrigued by the number of female recruiters in terrorist organizations. Since then, her research interests cover security, terrorism, counter-terrorism, radicalisation and gender. She is particularly studying women's participation in ISIS and their process of radicalisation. As a Doctoral Research Fellow at the Centre, she analysis the security-related subjects from a gender perspective. By looking at the female factor in conflict, she wants to demystify the superficial understanding of women in security. Her recent work “Female Radicalisation: Why do Women Join ISIS?” is published by LSE MEC blog. 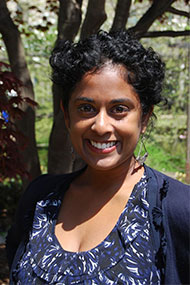 Namalie Jayasinghe completed her doctoral degree at the School of International Service at American University, studying the gendered impact of natural disasters in Sri Lanka. Namalie received her BA in economics from New York University and later obtained an MSc in environment and development at the London School of Economics. She has been active in the field of sustainable development, as a volunteer at a rural microfinance group in Uganda and with the United Nations Development Programme in Sri Lanka. She has also worked at a national social justice foundation in New York, focusing on economic development, gender inequality and post-disaster rehabilitation, particularly in the Gulf Coast, and across the United States. As a Postdoctoral Fellow at the Center, Namalie was working on a TUBITAK funded cross-cultural study with Dr. Eser Selen that analyses the discourses around violence against women, as well as gender equality, as made by Turkish and Sri Lankan politicians’ in their public statements, in order to provide greater insights into the strength and commonalities of patriarchy apparent within both countries. By investigating the systems of power within the Turkish and Sri Lankan contexts, better comprehension of the intricacies and variations of patriarchy and hegemonic masculinity across space and cultures will be gained. 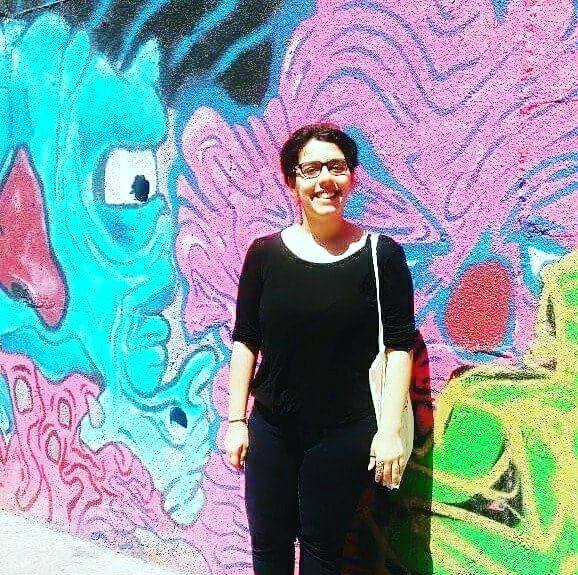 Pinar Eldemir received her bachelor’s degree from Political Science and International Relations program at Yildiz Technical University in 2016, and master’s degree from International Relations program at Kadir Has University in 2018. After completing her master's degree, Eldemir conducted an ethnographic study on sexist culture and gender-based violence in the academia and continues her research at Gender and Women's Studies Center at Kadir Has University as a Doctoral Fellow. She continues her Ph.D. studies with her work titled "Everyday Life and Experiences of Doctoral Students in Contemporary Istanbul" in the Department of Cultural Studies at Yildiz Technical University. Eldemir's academic interests are sociology of everyday life, gender-based violence, qualitative research methods and the history of academia.